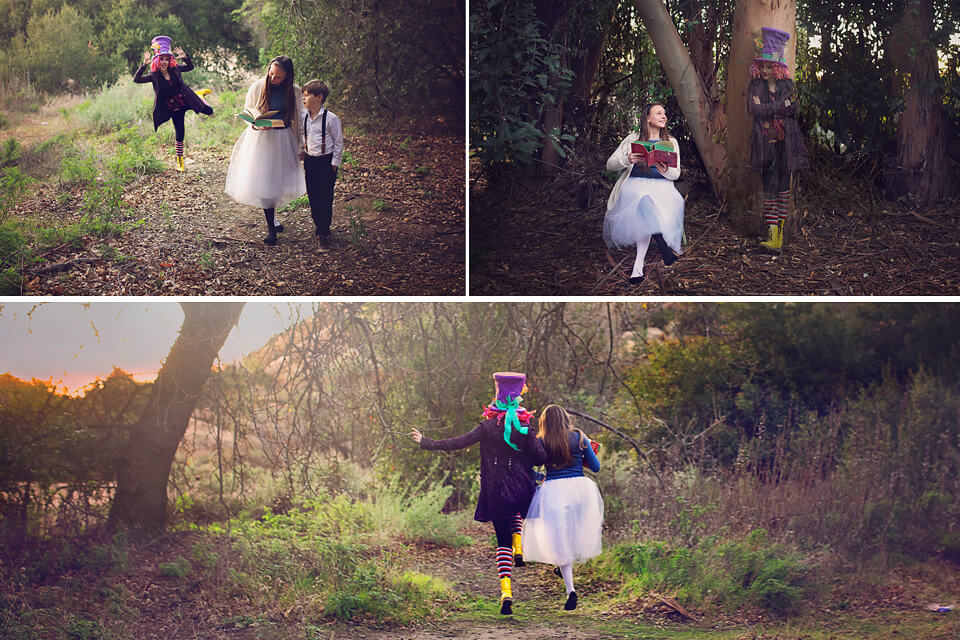 Each week I am challenged, by a photography group, in various areas of photography to create an image every single week for 52 weeks. Sometimes it is capturing lines, or the sky or translating a song lyric into a single image and so on. Sometimes I love the challenges and other times I really do not. This week was fantastic though! We were all challenged to create our own film (in our heads) and shoot either a still from the movie or a still of the ending, hence the roll credits challenge. I struggled all week trying to come up with what I wanted. I knew I wanted it to be dark and happy (weird combination I know, but it works for me). My daughter and her friend starting listing off things they thought of while I was describing what I wanted and somehow, amongst the three of us we came up with Alice in Wonderland. From there I came up with multiple ideas I wanted to shoot such as What if Alice Had A Son, or Saying Goodbye (too sad), Myself (hatter) as Boy, but I settled on What If Alice Chose Hatter which I have always wondered what the series would have been like if Alice chose to stay in Wonderland with Hatter. What would wonderland look like? How would this affect the characters? So many thoughts and ideas, but not enough time. Below is a smattering of images shot within a thirty minute window before the sun went down. I used natural light and the girls made Hatters hat. The Hatter did her own make up (pretty incredible!) and costuming, directing, shooting and storytelling was me. Make-up took a bit longer than expected and so did costuming-we had a few glitches, but overall I think I am pleased with this happy dark series, Alice Revisited.  I am certain I will revisit this concept again and dive more deeply into it at some point, but for now I was so grateful to be shooting art again, being creative, pushing my boundaries and exploring what I love most- emotion and its role in relationships.  My favorite prop was an old Lewis Carroll version of Alice in Wonderland and Through the Looking Glass.  It is one of my treasured things and holds happy memories for me.